Half term has been less relaxing than might have been hoped. With lengthy reports to write, there’s been lots of trying to keep the little badgers busy whilst my thoughts have been engaged with History comments and Maths targets.

Consequently, there’s been plenty of solo crafting (here are some suggestions for mess-free options), and probably a bit more Netflix than child development experts would recommend.

The first weekend of half term was rather lovely though, with a gorgeous wedding in the tranquil countryside of the Surrey Hills. The groom was a pal of mine, whom I met on the street in Toulouse during the fête du beaujolais nouveau in 1999 and have been friends with ever since. Truthfully, I’m not sure either of us were master sommeliers, but, along with the rest of the student population we threw ourselves into embracing the local culture. It was a while before I could face red wine again.

My husband doesn’t know my friend very well, and neither of us had met his lovely bride before, so I was almost uncontrollable with mirth when he was suddenly stricken with hayfever during the field-based ceremony and looked like he was overcome with emotion, verily ready to break down – a sentimental wreck – as these two near-strangers made their vows. (There was abundant fizzy. This may have made it funnier.) 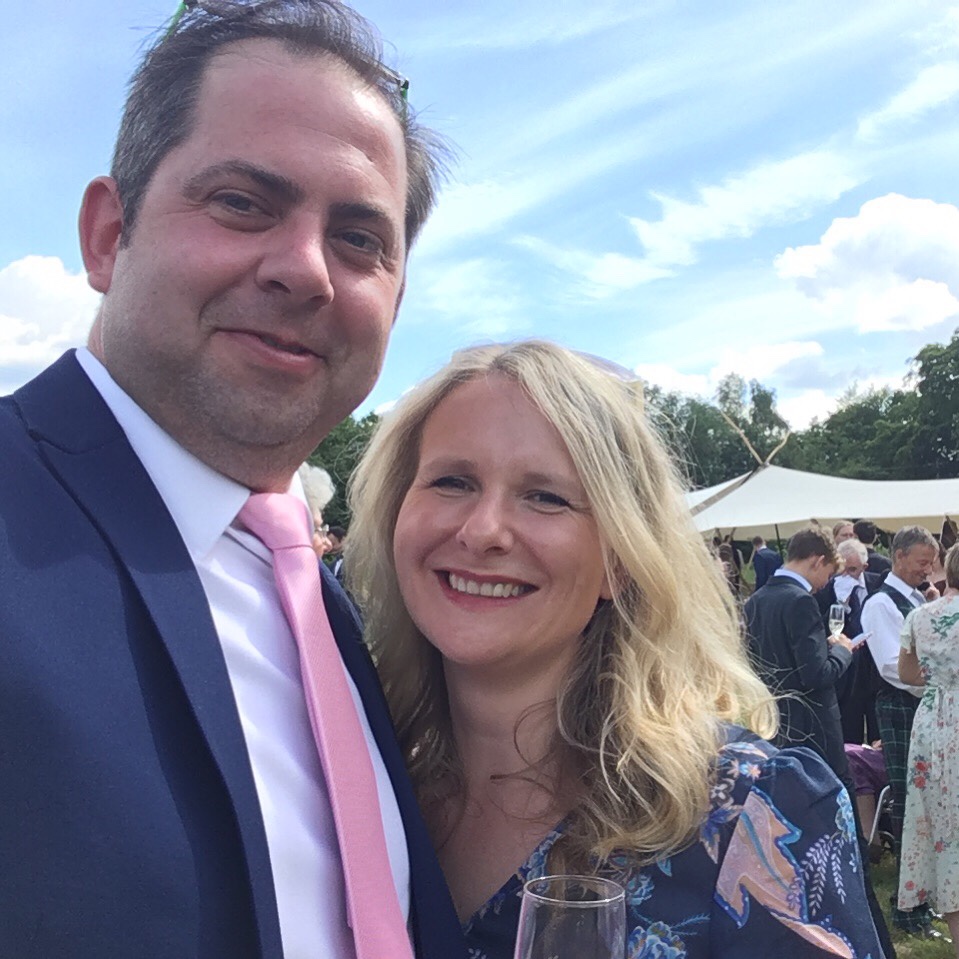 There has been much emotion in our house this week, in fact. Yesterday, The Week Junior arrived, along with the news that Judith Kerr, children’s author extraordinaire had sadly passed on. My little badger was devastated. She’s a sensitive soul. We had to have a memorial service. Bedtime stories will never be the same again.

We are longtime fans of JK’s works – I know The Tiger Who Came To Tea virtually off by heart and Mog was really the only reason I considered taking in our naughty cat when she presented herself at our door. If you don’t know either of these books, please do look them up or buy them for a little one of your acquaintance – they are wonderful. My big girl has just finished the books she wrote based on her childhood, escaping Nazi Germany for Britain – ‘When Hitler Stole Pink Rabbit‘ et al – and they are wonderful too, suitable for 9 plus-ers.

This morning, my little Bee’s still fragile after the shock of the bad news and I am making one of her favourite breakfasts. My little ladies could piggy down a trifle at any time of day – ideally one of Nanny’s – and this pseudo-trifle is a popular morning option. Obviously it’s not an option on any day I need to be at work, but this is something I could feasibly throw together through the haze of my morning-dulled capabilities before taking my ladies to school. Because I use a fancy dish, it seems like a treat – mine were from my splendid Auntie Iris, but you’d be hard-pressed to find a charity shop that doesn’t have something similar.

I’ve got a cheek passing this off as a recipe, it is really more of an assembly suggestion and involves as much cooking as I am capable of before 8am (none) – but it might ease a few mornings for you as it has for me. 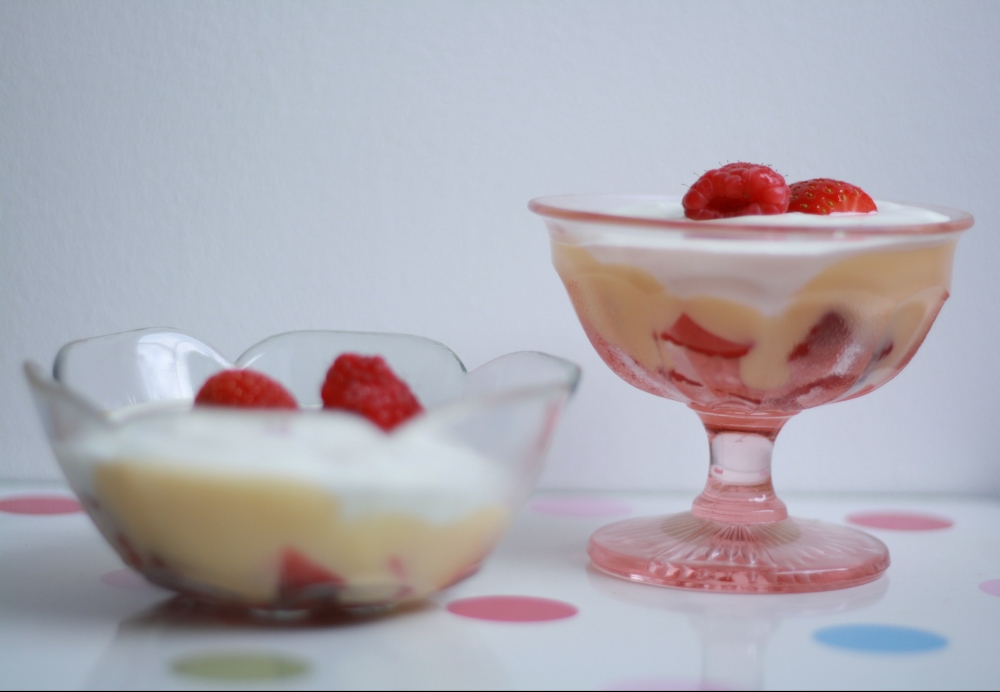 If you had granola to hand, and the sort of audience who would appreciate it, then sprinkling it over the top, or layering it between the fruit at the bottom would make this more substantial.