Goodness, mornings are lively here. Unable to change the settings on my 6-year old alarm clock, I am woken daily at 6am. She cares not a jot for weekends or Bank holidays and her vows to lie still and quietly snuggle mean literally nothing.

Today, we’ve been embroiled in a complex role play since dawn, where the smaller badger is playing both herself and her eccentric, middle-aged babysitter, Mrs Amelia Acqus, a complicated scenario that is aggravating the larger child to the point of fury.

My husband, meanwhile is attempting some rather ambitious DIY. Anything that involves removing an upstairs’ window makes me rather nervous. Fingers crossed, eh?!

Luna, always primed for an opportunity to cause trouble is joining in this morning mayhem, bringing the outside in: allowing us to marvel in the glories of Mother Nature without the inconvenience of having to leave the house. It doesn’t seem like a morning’s complete these days without a spirited chase around the playroom, a plastic tub in hand; or, one memorably ambitious morning, a poster tube. 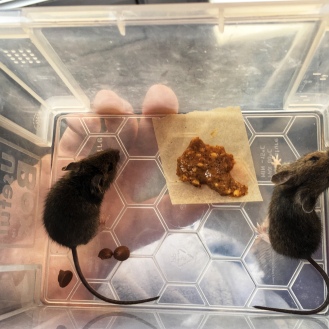 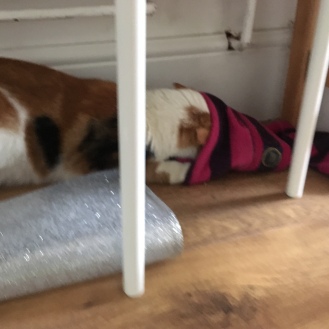 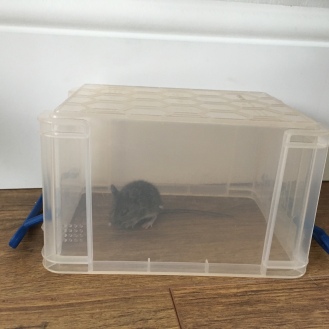 I’m a bit of a soft touch and I always feel guilty and responsible for the trauma our dreadful feline has visited upon on her unfortunate victims; giving them a little treat to try and put it out of their mind seems only polite. Am I thinking they’re going to be leaving a Trip Advisor review perhaps? “Aggressive welcome to the property, but on departure the staff were conciliatory and most hospitable”?

The downside to this, inevitably, is that some seem fairly reluctant to leave and I’m not sure I haven’t seen the same faces cropping up more than once. For all I know they’re waiting, toes tapping, by the cat flap, in the expectation of soft fruits and nut butters to reward a rough night with a tortoiseshell. The little critter who ended up in my welly sock was a particularly tenacious house-guest: I thought I was going to have to make up a bed.

Anyway, the house is now alarmingly peaceful after the masses have departed for a football match (window reparations completed without incident, I am happy to report) and I am enjoying a leisurely, more lunch-time-ish, breakfast. Wild thing that I am, it’s a bowl of porridge, but this combination is the best porridge I’ve ever had. I’m not a big morning eater, but I look forward to this.

The idea for making it this way came from a Gemma Atkinson book lent to me by a dear friend. Unfortunately, a quick flick through and a mental note of a breakfast recipe wasn’t enough to give me abs like Gemma, as I had hoped, but I can thank her for this anyway as I enjoy it weekly. I’ve added and taken away, so who knows if it’s as nutritionally balanced as the original; if you’re rigorous in these matters, her book is The Ultimate Body Plan. My version’s full of good stuff and very substantial, anyway – it should certainly keep you going until lunch.

The ingredients listed make two generous servings. Obvs, scale up or down as suits, but I make this amount and put half in the fridge once it’s cool, to heat in the microwave with a splash more milk the next day, with no noticeably detrimental effect.

I am quite incapable of making porridge in the microwave, but it you’re more competent than me, of course do it that way instead.

I realised as I made it that every ingredient I used, from the almond milk to the chia seeds had been sourced in Aldi. How times change!

I’m a big fan of oats and use them a lot in cooking. A couple of other oaty recipes you might like to try are  Dairy-free banana chocolate biscuits and Lemon flapjacks.