I love Saturday mornings. A change in routine means we’re currently free from swimming commitments and there is little pressing to do today other than restore the house to some level of order and look forward to some friends coming over to see us. Life has been hectic lately, so a lazy weekend is a joy.

The cat, exhausted after a full night of visiting terror and rampage upon the local small mammal population, is proving just how awkward she can be. Her little bed, plumply padded and comfortable, thoughtfully positioned near the radiator in a sunny spot, as ever stands forlorn and empty as she brazenly shuns it to moult on the carpet. It has been suggested, more than once, that its time has come (the bed’s, not the cat’s) but in this battle of wills I can’t bring myself to back down.

In other news, I’m feeling a little like I’ve been duped by Aldi. I bought a box of tiny lemon flapjacks, nestled between the seed mixes and the pea crisps, with healthy-looking Graze-esque packaging and 79p price ticket – which I think we can all agree is scandalously expensive for Aldi – with every expectation that they would be rammed with chia seeds and goji berries. A marketing exec’s dream, I was delighted when the little badgers woofed them down.

Later, upon locating my glasses, my failing eyes were able to discern the fact that they were actually just flapjacks. No superfoods. No ambitious nutritional claims. Just flapjacks. Pffft.

Oats, of course, are a superfood, with no end of good stuff in them: beta-glucans, magnesium, all that jazz. They’re supposed to help maintain healthy blood sugar levels and aid weight loss. It’s possible that porridge would be a more efficient conduit for all this goodness, but I’m no nutritionist.

Anyway, though disappointed that the Aldi confections don’t usher in a new dawn of baked good, they did make me realise that I had never before tried a lemon flapjack and that they were rather nice. After a bit of a tinkering about with an age old recipe, we can now have them whenever the fancy strikes.

They’re so easy you could have these beauties from conception to cooling rack within about half an hour. They’re something a sensible child could definitely make with minimal supervision.

I inexpertly covered these with white choc, but I doubt I’d bother next time. It added an extra layer of faff and the flapjacks are sweet enough without.

If you subbed the lemon with orange, then a dark chocolate drizzle, or some chocolate chips, would almost certainly be delightful. Leaving the lemon out and adding a second tablespoon of golden syrup would give you a standard – delicious – flapjack. 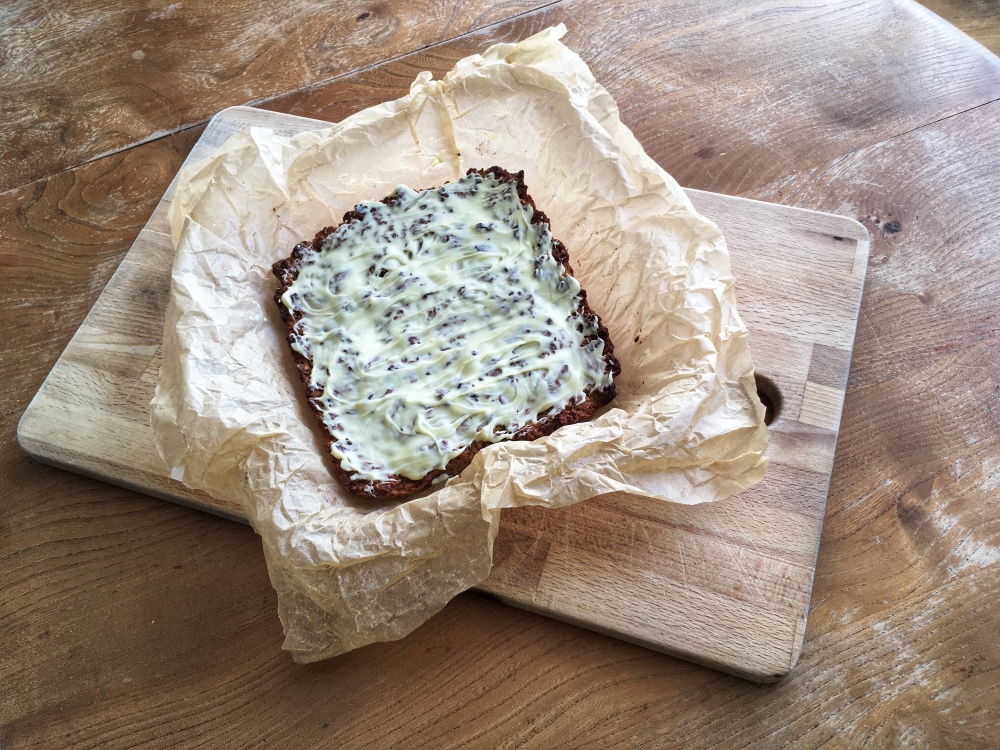