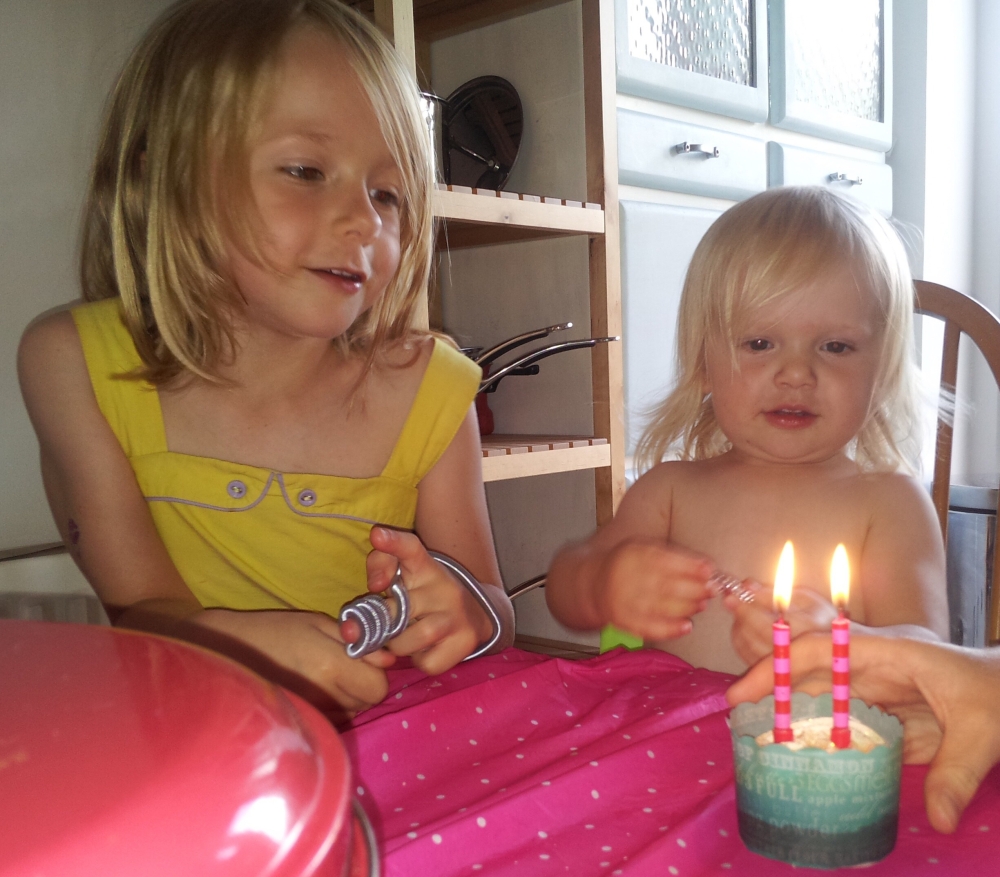 Last weekend, as I was living the life at a party (a playbarn party, on Saturday morning, but still – some of my friends were there and I got to have an uninterrupted coffee) talk turned to children’s parties and what an absolute nuisance they can be.

I have experience in this area, having held 15 of them to date, and having attended literally dozens, so here is a quick round of up of some options. I have a January baby and a July baby and so I have ideas for all weathers.

Like much of life, ease and economy are competing and opposing forces and on different occasions I have leaned more heavily towards one or the other. I’ve tried to give a range that span the spectrum.

All the specific examples I give are those I have experienced myself, and so are local to me in Cheshire, or nearby, but similar services and venues doubtless can be unearthed  all over the country with some judicious Googling.

I’ve always steered away from the entertainer + venue option – though my children have enjoyed many a church hall princess – as I find they win on neither ease nor economy, but you will find a plethora of possibilities should you wish to follow this route.

Most of the parties I mention cost in the region of £10-12 per guest. If it’s vastly different, I’ve mentioned it. (Shared parties are truly the way forward if it can be managed.)

If you’re game, obviously the most purse-friendly option is a party at home. For little ones this is a party tea and some party games, for older children maybe a sleepover. Of course, it’s not without its ‘challenges’ – most pressingly the need for space. We’ve never had a massive room for hordes of children and accompanying adults, and even as a primary teacher of many years, the thought of keeping the little monkeys entertained for two hours leaves me feeling a bit weak.

For my winter baby, I did this only for her second birthday, when a little tea party for three friends, a hotly contested pass the parcel and a play with the Happyland was sufficient.

I have quite often had something at home for my summer baby. One year we had an entertainer, another we simply invited friends round for birthday cake and a play in our garden. It was MUCH less expensive and not noticeably less enjoyable or successful.

One summer, before we moved to our current house, when our garden was a bijou patio, we had a party in our local park. It was nail-biting stuff – would it rain? wouldn’t it? (It didn’t. Phew.) In the end about 30 or 40 people joined us. People brought their own sandwiches and I made enough cakes to feed everyone in the Northern Hemisphere and took picnic blankets and balloons and party bags. It went beautifully. Our children were very small at the time, but if I was doing it again, I’d pack rounders equipment and a kite and a football. 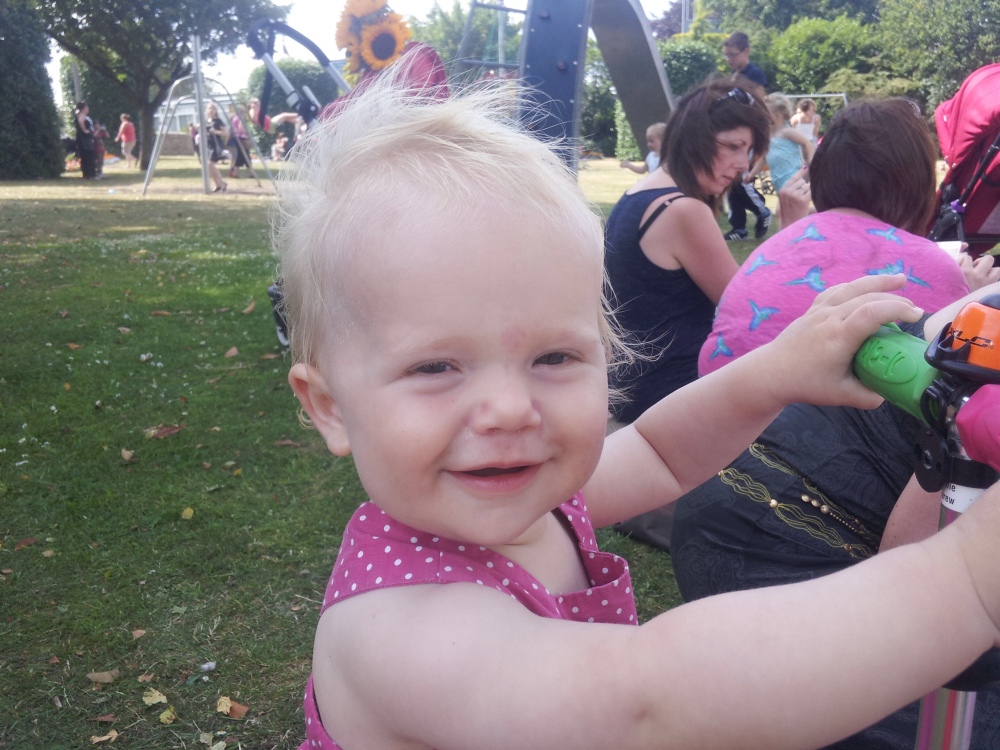 One year my older daughter went to a million fancy parties – skiing, baking, dancing, loads of brilliant stuff, the lucky thing – but her very, very favourite was that my friend had thrown at home with some homemade games and a party tea and a chance to play with half a dozen of her pals on a Saturday afternoon.

Most kids like animals and they can make for a good party. This year, my little one wanted a party in our garden where everyone brought their pets and I sourced a horse and a parrot.

Pessimistically, tiresomely, I foresaw flaws in this plan, and instead plumped for a party at a local small zoo, Reaseheath. It was ace. We were lucky with the weather, but it would have been great anyway.  We were shown round the zoo, fed the lemurs, admired the capybaras, watched the otters savagely rip the head off fluffy chicks (eek) and then had a party tea in the birthday party lodge affair. The children loved it, the adults enjoyed it too. Highly recommend.

Another way of incorporating small mammals into the festivities is to have them to the house – or wherever you’re holding the party. I have been to a party where Zoo 2 U came along with African Pygmy Hedgehogs and Guinea Pigs and the like (£140/60 mins) and it went down a storm.

Knowsley Safari Park also holds parties (£15/child). My girls love it there, disproportionately, some might say, so I might look into that next summer. I haven’t been to a Blue Planet Aquarium party but they sound good too.

I have made clear my reservations about baking with children before, but they do generally love it. If you are the sort of marvel for whom a baking party is a feasible undertaking, you can of course do it yourself at home. Pinterest is positively awash with evidence that other people have and there are some tips here.

If for some unimaginable reason, I was forced to bake for fun with a sizeable crowd of juveniles, I’d probably make Fat Rascals, but I’ll cross my fingers such a day never comes. If you’re not feeling strong enough for such an undertaking then, there’s probably someone locally who will be. God bless them.

We celebrated being 9 with a Cup and Cake Party, which was excellent. 11 children baked chocolate cupcakes, feasted on a homemade afternoon tea and then decorated the confections they had created. I don’t think I’ve ever hosted an easier party.

We have also been a guest at a Speckled Hen Cookery School party (parties held at Terra Nova School, near Holmes Chapel) which my daughter enjoyed enormously as well. (£180/10 children).

Playbarn parties and the like are favourites for good reason. Virtually no effort is involved, the children entertain themselves and everyone sleeps well. Trampolining parties likewise. Recently, I got sent some free tickets for Inflata Nation (I know. Very exciting).  We had loads of fun, however I probably won’t be holding my next birthday celebrations there –  my kiddos would love to though. (£12.50-£20.50/child depending on time and package). 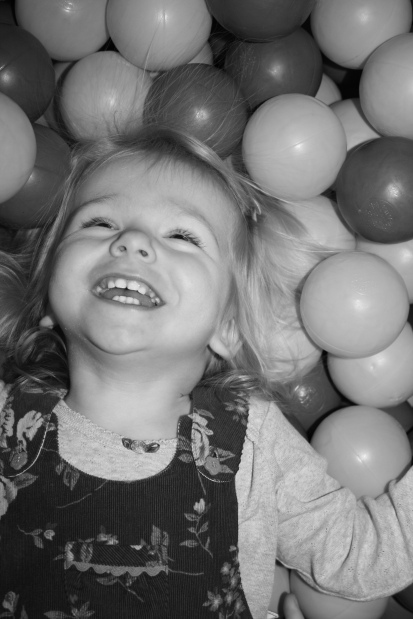 Some decent playbarn parties I’ve attended are Playworld in Shavington, Head Over Heels in Handforth Dean (from approx £180/12 children), Funsters in Crewe and Planet Play in Knutsford.

Trampolining places are Flip Out in Manchester, Chester or Stone, Staffs  and Urban Air in Winsford

Like cooking, crafting with a group of children is something that can throw the strongest constitution into a spin. The mess. The glue. The glitter. (Actually, I love glitter.) I wouldn’t find this proposition quite as appalling as holding a baking party, though there’s not a great deal in it, to be honest.

I would probably go with a sticking activity (DEFINITELY. NO. PAINT.) – maybe a decoupage letter and some gems, or do something like charm making with Fimo or similar. There are tutorials on YouTube for some cute Kawaii charms that my girls would love, though I think we’d have to prepare ourselves for the possibility that they might look a little less profesh.

We held a joint 5th birthday party at the Emma Bridgewater Decorating Studio. It was a lovely thing to do, but probably better for older children – some 5 year olds can complete the painting of a dinner plate in an impressively short time… (My friend proclaimed it ‘the most middle class children’s birthday party’ she’d ever heard of. Not entirely clear if this was an expression of approval or disapprobation. Probably best to leave it ambiguous.) It was pretty pricy at £20/head – ok when you’re splitting the bill, ouchy for a big group otherwise.

The Creation Station  parties I’ve been to have been well-pitched and well-run (though you’d need to sort out food) and I’ve heard good things about Brush and Paint Parties as well.

If you’ve got to entertain a class-full, the local Leisure Centre is your friend. I have probably been to more of these than any other sort of party. Generally you can have a Sports Hall with inflatables, or the swimming pool, or even something fancy like rollerskating. I know them all. In most places, children run themselves ragged for an hour in their activity before transferring to another venue for some snapping. 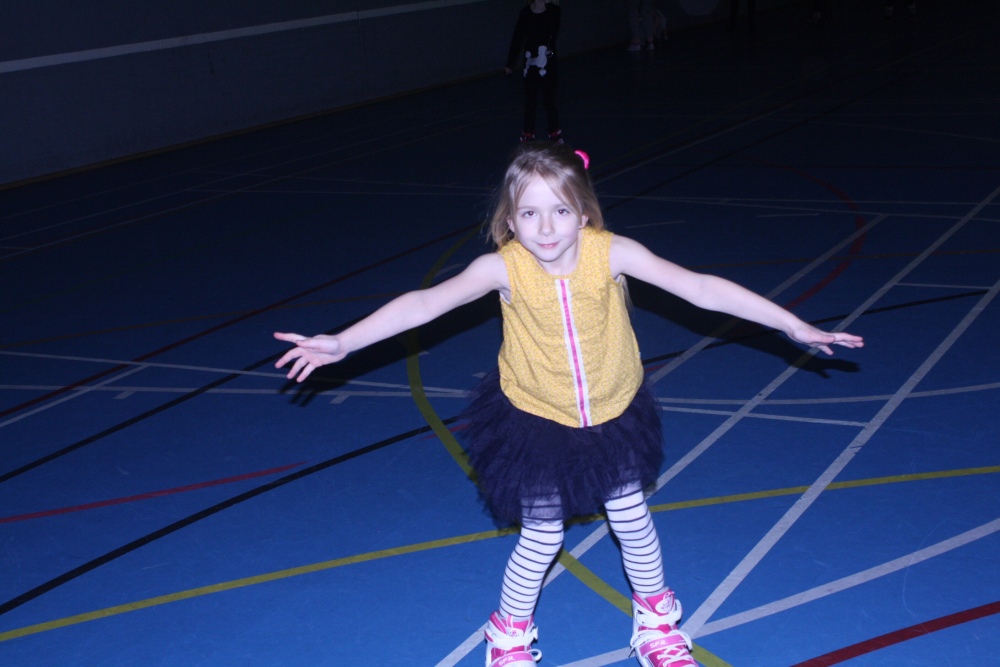 I always overcater, ALWAYS, and have created myself untold extra work, baking more cakes than one group of children can ever eat and cutting a billion sandwiches and peeling fields’ full of carrots. Be more sensible than me. At some parties we have been to, the dad has been dispatched to McDonald’s and returned laden with Happy Meals. This was a sensible idea. There were far fewer leftovers than I had to contend with.

My friend held a Ranger party for her children (9 and 6, girl and boy) this summer which everyone loved. They built dens and whittled wood and cooked pizza over a camp fire. Theirs was with Ranger Dan in Brereton Heath Nature Reserve (£17/head for 3 hours), but the similar Delamere Forest Explorers parties look pretty brill as well (£230/15 children). 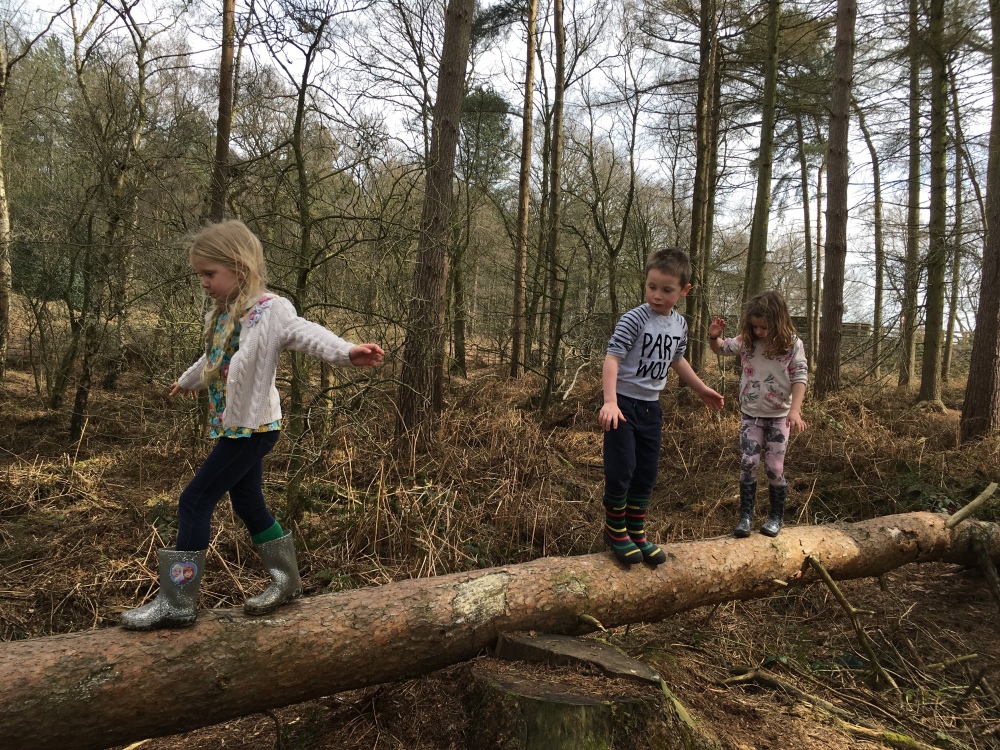 Obviously, this is something you could totally do yourself (probably not the campfire) with a bit of preparation and plenty of willing. I’ve made shelters (rope and blankets)  and fairy houses with my class MANY times on residential trips and they have been kept busy for hours (it seemed hours in the cold, anyway) finding feathers and leaves and  acorns and twigs for structure and decoration. Clambering on logs and hide and seek and treasure hunts and making journey sticks and Andy Goldsworthy-style nature sculptures will keep most children entertained for a very long time.

Other good outdoor options are Manley Mere (from £18.50/child), Go Ape! (from £18/child) and the Crocky Trail (from £12/child. You can then choose to take your own food, or arrange a banquet with them.) 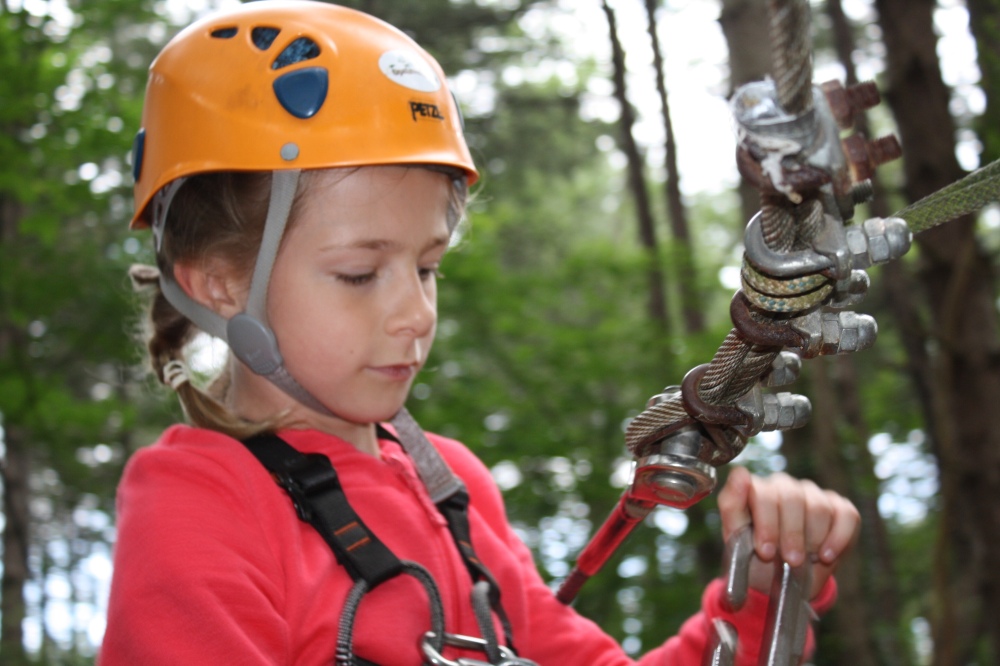 I would consider all these pretty spendy, especially if the birthday boy or girl is a social butterfly and wants to invite a crowd – but if they could make friends with someone with a birthday close to theirs, it becomes more affordable. Get them on the case.

If you’ve been lacking in birthday inspiration, I hope there are some suggestions here that have been helpful – do share if you know anyone else who may find it of use!

I’d love to hear of any other top suggestions – do get in touch and I’ll edit accordingly.