I’ve always been a bookworm – you might say ‘spoddy’. In recognition of this, one of my dearest friends put in a request – rather like at a school disco – but for a blogpost about some good books to read over the summer, rather than for a second spin of Gangnam Style.

I really do get a little bit giddy about books and could talk at great length – in the interest of anyone actually reaching  the end of the post, I will try to be succinct and have stuck to books which are very readable and not too heavy going. There is a place for Dostoyevsky and James Joyce, but for me, that place is not a sunlounger.

As in my blogpost about great buys to keep the kiddiwinks entertained over the hols I am including links to Amazon but if you have the time and the inclination, then have a look in your local library and charity shops and I bet you’ll find some of them there. I have just finished The Party by Elizabeth Day , which I thought was pretty good. It’s full of unlikeable characters and is almost wincey to read in parts, as it charts Martin’s social-climbing journey. It reminded me of Starter for Ten by David Nicholls, Engleby by Sebastian Faulks and, of course, Brideshead Revisited by Evelyn Waugh. (All also great.) It’s probably an easier read than any of those – I rattled through it in a couple of days, but I still found it quite thought-provoking and I really wanted to know what happened.

Entirely different, is Standard Deviation by Katherine Heiny, which I am halfway through as I write this. It is full of pleasant characters and the storyline (thus far) is gentle and non-confrontational. The Daily Mail apparently called it, ‘The best feel-good novel around’ but don’t let that put you off. Unless there’s a dramatic change in direction, this seems to be perfect sunlounger fare.

You may have seen the excellent TV series – if not, watch it, but only once you’ve read the book, which is even better. I think Liane Moriarty is a great writer and Big Little Lies is one of her best. Her books generally start with an unknown back story that is revealed over the course of the narrative and she’s very good at dropping hints that leave you itching to know what’s really going on. Her characters are relatable and affecting – I’ve had lots of nights where I’ve stayed up too late because I couldn’t put her books down. I have read all her novels, but my other favourites are Truly Madly Guilty and The Husband’s Secret. In a similar sort of vein, I thought This Much Is True by Jane Sanderson was excellent – quite dark and kept me guessing, very well written – and have recommended it widely.

I absolutely LOVE Kate Atkinson’s books. She is a little more ‘literary’ perhaps than the other authors so far, so her books might need a little more concentration, but they are totally worth it. Life After Life reminded me a little of The Time Traveler’s Wife by Audrey Niffenegger, with its hopping about from one era to another, but – I thought – was even better. Other fabulous books she’s written are Behind the Scenes at the Museum and any of the Jackson Brodie series. Her characters and storylines are so cleverly conceived and her writing is so witty and eloquent that you can’t go wrong with any you might choose.

One Summer: America 1927 by Bill Bryson is the only non-fiction book I’ve EVER read that I have been unable to put down. As you may have guessed, it’s about the summer of 1927. In America. It doesn’t sound thrilling, but so many momentous events happened involving so many interesting figures from history – Charles Lindbergh, Al Capone, Babe Ruth – and it’s so brilliantly written, that it really is fascinating. I love Bill Bryson though and would read absolutely anything he wrote – he’s super clever and funny and self-deprecating; other books of his that I’ve read recently are At Home and The Road to Little Dribbling, a book recording his travels round the UK. If travel books like this appeal, I can highly recommend Stuart Maconie’s books. Also funny, also clever, very likeable.

If you like a thriller, or something crime based, I could recommend the Bosch series by Michael Connelly The Black Echo is the first book (over 20 in all) but, to be honest, there’s no need to read them in order and they’re all pretty good. They are are centred around Detective Harry Bosch and are set in Los Angeles. (Bosch the TV series on Amazon Prime, with Titus Welliver in the lead role is pretty good too.) If you favour something grisly, then Karin Slaughter might be a good option – she’s written loads but Pretty Girls and the Will Trent Series are some of her most popular.

If you’re after something super easy to read, with a guaranteed happy ending, indeed chick lit at its finest, then Little Beach Street Bakery by Jenny Colgan would do nicely. In fact anything by Jenny Colgan would probably be ideal. I read one of hers, from a sunlounger in Ibiza, last year and it felt very appropriate. Many of her books are set in Cornwall, so it was rather remiss of me to neglect taking one away this year. Books by different authors writing in a similar genre are This Could Change Everything by Jill Mansell, My Not-So-Perfect Life: A Novel by Sophie Kinsella and The Kicking the Bucket List by Cathy Hopkins – I must admit that I haven’t read these three, but reliable sources have assured me they are to be recommended.

I have a list of my favourite books for young children in another blog post, whilst you’re in a literary frame of mind… 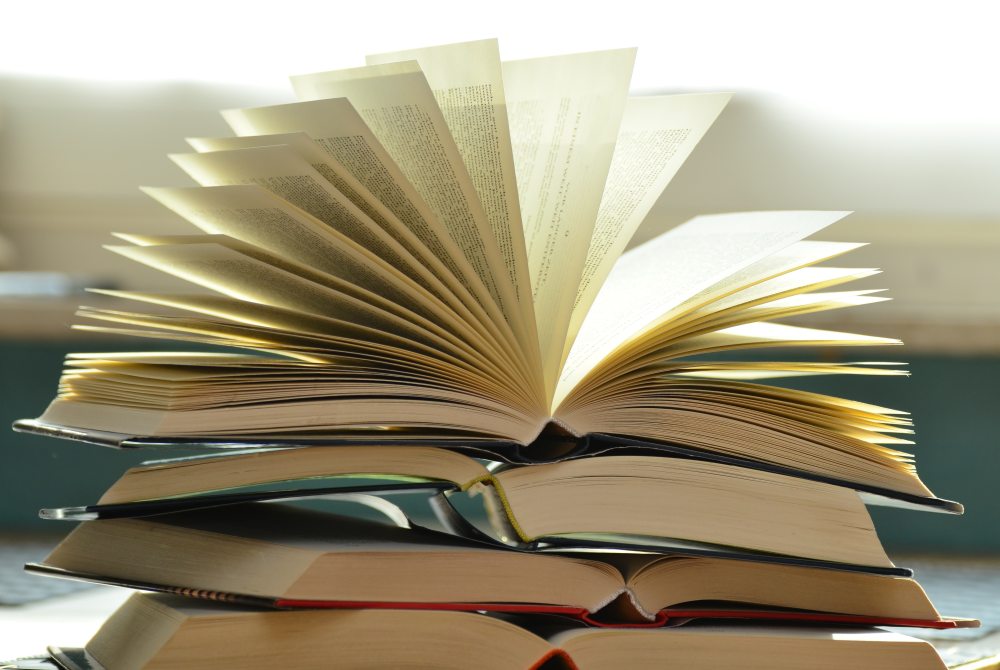 I am an unapologetic books bore and would love to hear of any reads you can recommend. Please get in touch!

As an Amazon Associate I earn from qualifying purchases.